Lisa is my daughter. Shee was born in 1997. Her name is pronounced in the European way, "Leesah", with a soft "s". 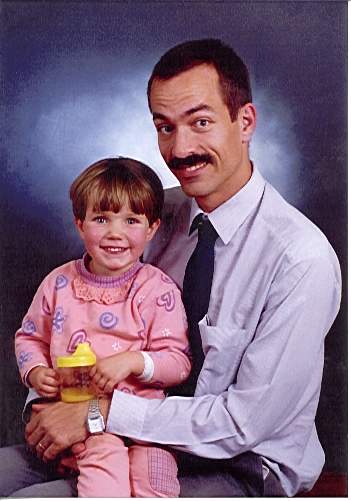 The second picture was taken in June 2002, by Vidi la Grange. Does the fact that she started off on her daddy's lap and has now progressed to a teddybear's lap say something? Perhaps it's time to invest in a good shotgun... 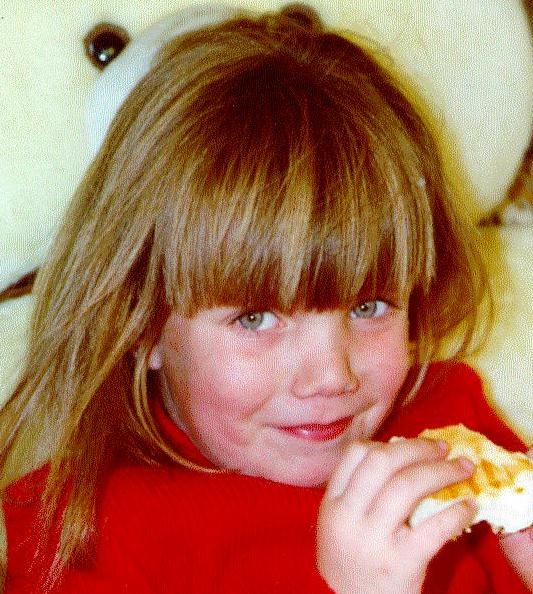 Unfortunately, after a cancer scare and the attendant treatment programme, her mother decided when Lisa was one year old that doing her own thing was more important than the family, and has gone her own way. After an ongoing saga of almost three years that culminated in an expensive and traumatic legal battle during 2002, I finally obtained fairly regular access. Lisa typically spends every second weekend and alternate holidays with me.

Lisa attends a private Christian college in Midrand, about 50 km from my home. She has a comfortable command of Afrikaans and English.

Our limited time together includes a lot of mutual story-telling, making music, horse-riding and outdoor activity.

Lisa is a gifted artist. She has the ability to draw amazing pictures with apparent ease. She practices regularly and produces beautiful pictures through a range of media, including pencil, water colours, oil paint and white board markers. Most of her work shows a good grasp of shading, perspective and even atmosphere. Lest you think Daddy is having a hard time staying objective, her school teachers of the past few years are unanimous in their agreement that they have not often seen anything like it. And, rest assured, the talent doesn't come from Daddy, as Daddy probably can't even draw a convincing horse if he tried!

More recently, Lisa has also become a competent musician. She enjoys a wide variety of music, including classical, and has learned to play my Steinway piano to an extent that belies her age. We've even had a few good music-making sessions together, with me playing the trumpet and her playing the piano. The thrill has to be experienced to be believed!

At one time, we even tackled a building project together. We built a doll house, using the same bricks that her daddy's house is built of. It was a lot of fun. The end product resembles her dad's house, except that pink and purple paint were lavishly used in Lisa's house. Just what my conservative constitution needs!

Lisa loves horses. For several years, she had the opportunity to regularly ride an Arab mare named Conchita. Lisa completed several endurance rides on Conchita, covering distances from 30 to 68 km. Conchita belongs to a friend, who took care of her on a regular basis, but it was hard to keep Lisa from thinking about Conchita as "her" horse. The picture shows Lisa riding Conchita while preparing for her first endurance ride, early in 2006. Conchita died at the age of 27 in 2009. 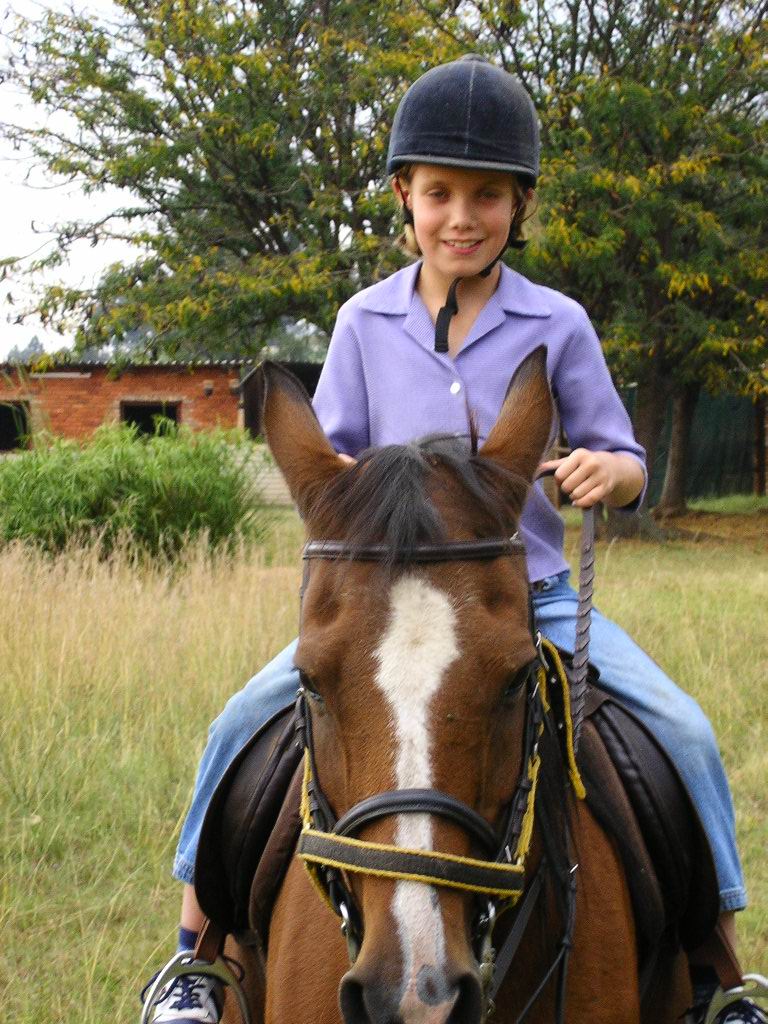 Lisa is determined to be a veterinarian. She has made a good start by spending most holidays as an assistant at a veterinary hospital and the Pretoria Zoo. I suspected initially that the experience would diminish her enthusiasm, but I was mistaken. If anything, working as a theater assistant during major surgery has increased her resolve.